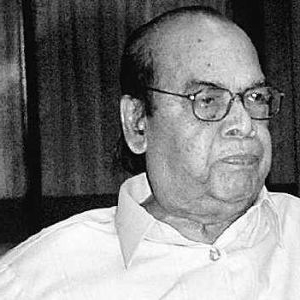 He intently devoted himself to make feasible plans for the homogeneous development of all in general and that of economically distressed people of Malda in particular. Malda was economically and educationally backward district inhabited with people mainly depending on agriculture. The unendurable curse of flood and erosion of rivers were the causes of the misfortune of the people. He promised to save Malda from such all-devouring natural calamities and fulfilled his commitments by encircling Malda with Banks to keep back the flood water. Beneficial to all villagers and agricultural fields were covered with services of electrical power and irrigation facilities with the installation of R.L.I., deep tube well etc under different schemes. To save poor enthusiasts from money lenders he took initiative to set-up Rural and Nationalised banks in villages. Samsi Regulated Market with cold storage is his contribution where small, marginal farmers and agricultural laborers can store their yield and get a fair price. Sambalpur (Ratua-II) C.A.D.C. is his brainchild. Here every inch of ten thousand acres of land are showered with irrigation water, the arrangement of soil test and supply of good quality seeds, fertilizers, insecticides etc to farmers as prescribed by experts were ensured. Exploiting the privileges of electricity, bank loan, husking mill, grinding mill, sawmill, ice-cream factories, bakery etc grew up in rural areas.

Such infrastructural developments in relation to the production of multiple crops generated employment opportunities in agricultural and other fields also.

Ghani Khan’s vision brought a new era in the economy of Malda.

His contribution in the field of education in this district is also remarkable. Many primary, Junior High, High Schools, and Madrasahs were accorded recognition and upgraded to higher grades. New colleges were opened. Establishment of English medium St. Xavier’s School and two central schools of H.S. level (one at Khejurighat and another at Lakshmipur, Malda) are his great deeds.

To provide treatment and health care to people affected by diseases, Ghani Khan’s efforts for the establishment of Primary Health Centres and health centers in different blocks and Gram Panchayet Areas are still remembered.

For the advancement of transportation and communication many new metallic roads across remote areas, bridges (Kagmari, Narhatta, Alal, Sodullapur, Uttar Lakshmipur etc.) over different rivers and culverts were constructed.

The equal effort, care and attention Mr. Ghani Khan put to ensure participation of youths, students and children in Indoor-Outdoor games, sports, and cultural activities for their physical and mental growth.

To attract tourists in historical places like Gour, Adina, Pandua and looking after their comfort he built up Bungalows like Ganga Bhawan, Mahananda Bhawan, Fulhar Bhawan, Gour Bhawan etc.

He earned a vast reputation and fame all over the country and also in abroad.

He contributed a lot for those dealing with two main products (Sericulture and mango) of Malda and made aware of its uses, necessities, and demands abroad.

As a Minister of State Government and Central Government Ghani Khan provided thousands of unemployed youths with jobs in Government and Semi-Government institutions without considering their political and other identities.

As a member of Indian Delegation Team to United Nation Office (UNO), this great leader asked the world to remember the bloodshed of Indian Soldiers and sacrifice of the people of India in the struggle of Independent Bangladesh.

A.B.A. Ghani Khan Choudhury was a friend, philosopher guide and guardian of the people of Malda and his life is a source of inspiration to all.

Political but in the true sense a Public leader, this Great Son of Malda is immortal in the hearts of its people and will be remembered forever.